For over 20 yrs now Dr. Amy Manchanda has been a practicing optometrist and, in 1995, purchased Cole Harbour Optometry.

Dr. Manchanda graduated from McGill University in 1986 with a Bachelor of Science degree. She then attended the University of Waterloo where, after 4 years of study, she obtained her Doctor of Optometry degree.

With special interest in eye health and how it is affected by nutrition, Dr. Manchanda offers counselling for holistic treatment of a number of common eye conditions—such as dry eyes and macular degeneration. She also offers naturopathic advice for many systemic conditions.

Dr. Manchanda enjoys attending continuing education courses, consistently updating her education to stay current with the ever changing field of optometry. She attends many of these courses in the United States where state of the art education - regarding new equipment and information on eye disease detection and treatment - is offered. In her spare time, Dr. Manchanda enjoys yoga, hiking, travelling, and reading health journals to improve her knowledge about naturopathic medicine. 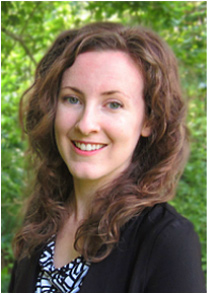 Dr. Grimm enjoys all aspects of full-scope primary care optometry with a special interest in ocular disease. During her optometric training, she had the opportunity to complete an externship in ocular disease and therapeutics at OMNI Eye Services in Atlanta, Georgia. Learning from a multidisciplinary team including optometrists and ophthalmologists, she gained valuable experience in ocular disease management and cataract pre- and post-operative care.

Outside of work, Dr. Grimm's many enjoyments include travelling, singing, playing the piano, baking, and spending time in the great outdoors. She is thrilled to be joining Dr. Manchanda and the clinic team at Cole Harbour Optometry! 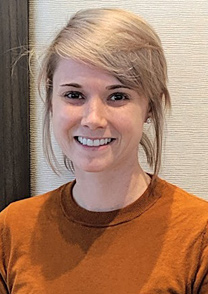 Dr. Bonang grew up in the small community of Porters Lake, Nova Scotia. She completed her undergraduate degree at Dalhousie University where she earned her Honours and Bachelor of Science in 2009. Kelsey had big shoes to fill coming from a family of dentists, however she soon realized teeth were not in her future! She decided to make the move to the city of Boston, Massachusetts to attend the New England College of Optometry.

Dr. Bonang received her Doctor of Optometry Degree with Honours in 2017 and decided four years was long enough away from Nova Scotia! She is thrilled to be back home and practicing. She is a member of the Canadian Optometry Association (COA) and the Nova Scotia Association of Optometrists (NSAO).

Dr. Bonang enjoys spending time with her husband and their German Shepherd, Grover. She is an avid runner and spends most of her spare time outdoors. She also anticipates a future filled with travel!